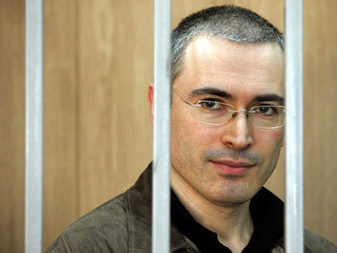 10 years of life taken away due to unjust sentencing. Many months of looking at the brazen smirking mugs of "prosecutors", "judges" and "investigators".
Getting "pardoned" a couple of months, after having been robbed of hundreds.
Carrying himself, throughout the whole ten years, with such tremendous dignity.
What’s he harbouring right now in his mind and in his soul?

Well, whatever he’s feeling, we should congratulate Mikhail on the fact that today, he'll get to embrace his family.