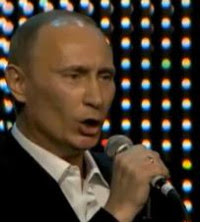 We did well in the last music video challenge against the Crooks and Thieves. Will we do even better for the president elections on March 4-18?
The cause and reasons remain the same: the crooks nominated their candidate for president of Russia - Vladimir Putin.

As you know, Vladimir Putin is most afraid of two things: 1) having to live on only one source of revenue; his salary, and 2) our online mockery.*

Moreover, these things are interconnected: the more we make fun of Vladimir Putin, the sooner he'll have to rely solely on his salary.

So, I now announce a new music video challenge: "Your song is sung".

We're looking for music videos aiming to encourage disgust with the leader of the Crooks and Thieves party, Vladimir Putin, by telling the truth about him and his nefarious dealings.

It's highly desirable to promote the idea to come to the March elections and vote against Putin - the candidate of the Crooks and Thieves party. How it will be done is for you to decide.

Where does the money come from? Same as the last time. A sponsor is invited. Last time it was

As usual, the only condition for sponsorship is non-anonymity. This means that you'll have to disclose your name: I (your name here) sponsor this music video challenge with my 300 000 roubles and I'm not afraid to say so.
There are no sponsors yet, so I'll guarantee the prize money myself.

From the 1st of February, we will begin to accept and publish the videos. You now have two weeks to create and appear in the first issue.

I have taken into consideration some of the problems of previous challenge, so I've decided that I will no longer coordinate the process of accepting and corresponding with the authors as this led to delays in publication of several music videos for two weeks.

This won't happen again - the whole process will be managed by a group of volunteers, who I will assign by February 1st, and at the same time I will announce some of the technical terms of participation.

But you can safely start making videos right now: in any case, you'll need a spot on YouTube; complying with the above-mentioned aim is required in order to take part in the challenge.

There is no need to send in anything before the 1st of February.

You can view the music videos from the previous challenge here. 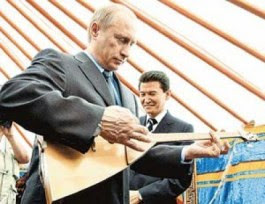 PS
If you have musician friends, or friends who want to be musicians, please share this post with them.
Thank you.

I'm always being asked, "What social networks do you use?", and, "Which accounts are valid?" 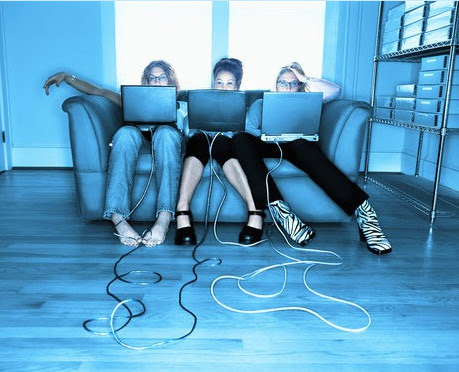 2) Vk.com (Vkontakte). I was so stupid to ignore this network. This was one of the most significant mistakes of our campaign: "Vote for any party except the Party of Crooks and Thieves". Fortunately, some kind people (special thanks to

edvvvard) created a page on my behalf.

5) My account on Democratia2. I recommend that everybody register: finally we have a system of verified internet voting, without cheating, bots, etc.

6) There are a lot of social networks groups which were used to protest against the Party of Crooks and Thieves. We are going to pay more attention to these during the Presidential Elections. The list of regional groups will be published soon.

7) Some nice people are translating this journal into English. Twitter is also being translated.

8) I'd like to remind you that registration is going on for those who are willing to participate in the February 4 rally. Please, register if you are actually planning on coming.

A rather curious interview with Vasily Yakimenko (http://en.wikipedia.org/wiki/Nashi_(youth_movement) on Lenta.ru 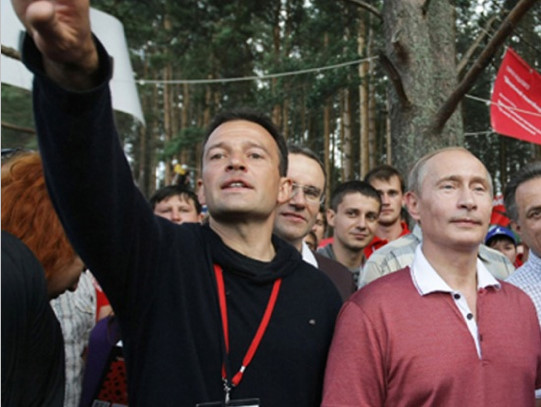 Lots of things there, but as usual, the most interesting thing is about money:

Q: “Vedimosti” newspaper published information that of the 400M budget (of the Rosmolodej – Russian Youth Movement, of which Yakimenko is the head) roughly half of it went to Nashi and its affiliates.

V. Y.: I never opposed the fact that the fund-winning organisation would be close to the Nashi movement. My advisors argued that it would be perceived badly, but I don’t really care how it is perceived. Nashi has unique competence in driving technologically and logistically complex projects like Seliger (http://www.interseliger.com/). And if Nashi charge less for that, and it is entirely legal, and they win the tender, then thank God.

Q: Isn’t that special treatment then?

V. Y.: Certainly, there is a special treatment for Nashi – a good part of the Rosmolodej projects originate there. I prioritised the support of the talented youth, and Nashi appeared to be the most ready to realise these projects.

Q: Do you really believe that Seliger attracts the most talented of the Russian youth?

For the first year of its existence, RosPil spent 3.07 million out of total 8.6 million roubles donated. Not a single rouble from taxpayers, everything was strictly donated. On the contrary, out of a total of 3.07M spent, about 1M will be returned in the form of various taxes.

Remember those? You should do.

As there were massive rallies, with people specifically brought in from far outside of Moscow.

There was a wonderful wall calendar. 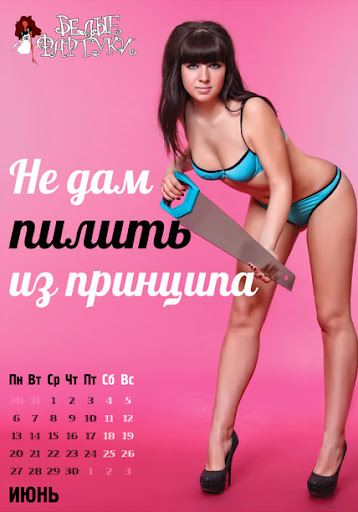 There were TV news features: “Today more than 50 thousand Nashi activists dressed in white aprons took to the streets to campaign against corruption”.

In summary, everything was shiny, expensive and promising.

Well, what did we get from the ‘most talented youth of Russia’ in return for our taxpayers' millions?

alburov already checked it last October and we can read his report here: http://alburov.livejournal.com/46391.html. At that time they hadn’t yet stolen the money to pay their hosting bills, so the website was at least reachable. Though there weren't any practical results of their activities reported then.

The only ‘report’ we find:

Strangely enough, Yandex-news (http://news.yandex.ru/export.html) does not display any news items about corruption trials using ‘white aprons’ as a search key. Even though I personally gave them a tip about the Forbes Russian billionaires list (http://navalny.livejournal.com/577905.html). One of their prime ideas was to make thousands of videos denouncing all sorts of corrupt officials. But you can’t find these videos anywhere on youtube.

I have to conclude that the only result of Nashi’s fight against corruption is the disappearance of a large amount of taxpayers' roubles; millions - belonging to us.

On a personal note - their fight against corruption results in a constant flow of google-alerts from anonymous posters (even on LiveJournal they are posted as ‘promo’) about the evil and poorly efficient RosPil, and ‘how Navalny has stolen all the money’.

I haven’t noticed any other regular and systematic Nashi activity.

I realise I'm being naïve, though I would still like a point clarified by Vasily Yakemenko and Nashi:
Dudes, seriously, where did you spend the money? And maybe you might consider giving it back to where it belongs, and remember that you were supposed to spend it fighting corruption?