I got to know Boris Akunin (

borisakunin), a remarkable writer, during our preparations for the December 24th rally. I was curious to talk to him and get his impression and potential criticism on what I’m doing. Especially since he already criticized me on several occasions on his blog (http://borisakunin.livejournal.com), quite commonly, on the subject of my ‘nationalism’ 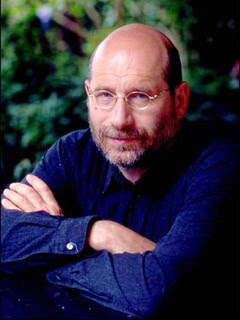 He told me straight: Navalny, we’ve got some questions for you. You look suspicious (well, being largely ironic at this point ;)

I was under the impression that I’ve already clarified my position on ‘nationalism’ and the way I see it no less than a billion times. Grigory Shalvovich, however, was convinced that these clarifications were certainly not sufficient, and that as long as I touched upon sensitive issues such as immigration, national statehood, and other matters, I would need to be ready to further detail my position for as long as anyone requested.

This makes sense, I agree. I always claimed that if we could discuss these questions about ‘nationalism’ thoroughly and adequately, we would realize that these are the utterly important questions in Russia today. But at the same time, these are very real and down-to-earth issues, and that they simply concern the routine everyday life of the country and its people. And that we can discuss them without shouting things such as: ‘nationalists eat children’ or ‘pro-western liberals eat their parents’.

borisakunin will ask the questions he is interested in (and thank him for doing this) – and I will try to provide the most clear and comprehensive answers. We will publish this exchange in several stages during the holidays, and we will likewise try to involve our readers in the discussion as much as the blog’s interactive features allow.

There, only ‘friends’ can take part in commenting, though the polling is open to everyone, as I understand.

We would be grateful to get your feedback on whether this dialogue is at all valuable and about how it might be continued.

I would like to post one of the polls here – I’m curious to see if there would be any difference in the results.