From the Investigative Committee’s bid for changes to Alexey Navalny’s restriction of movement from a ban on travel to house arrest. 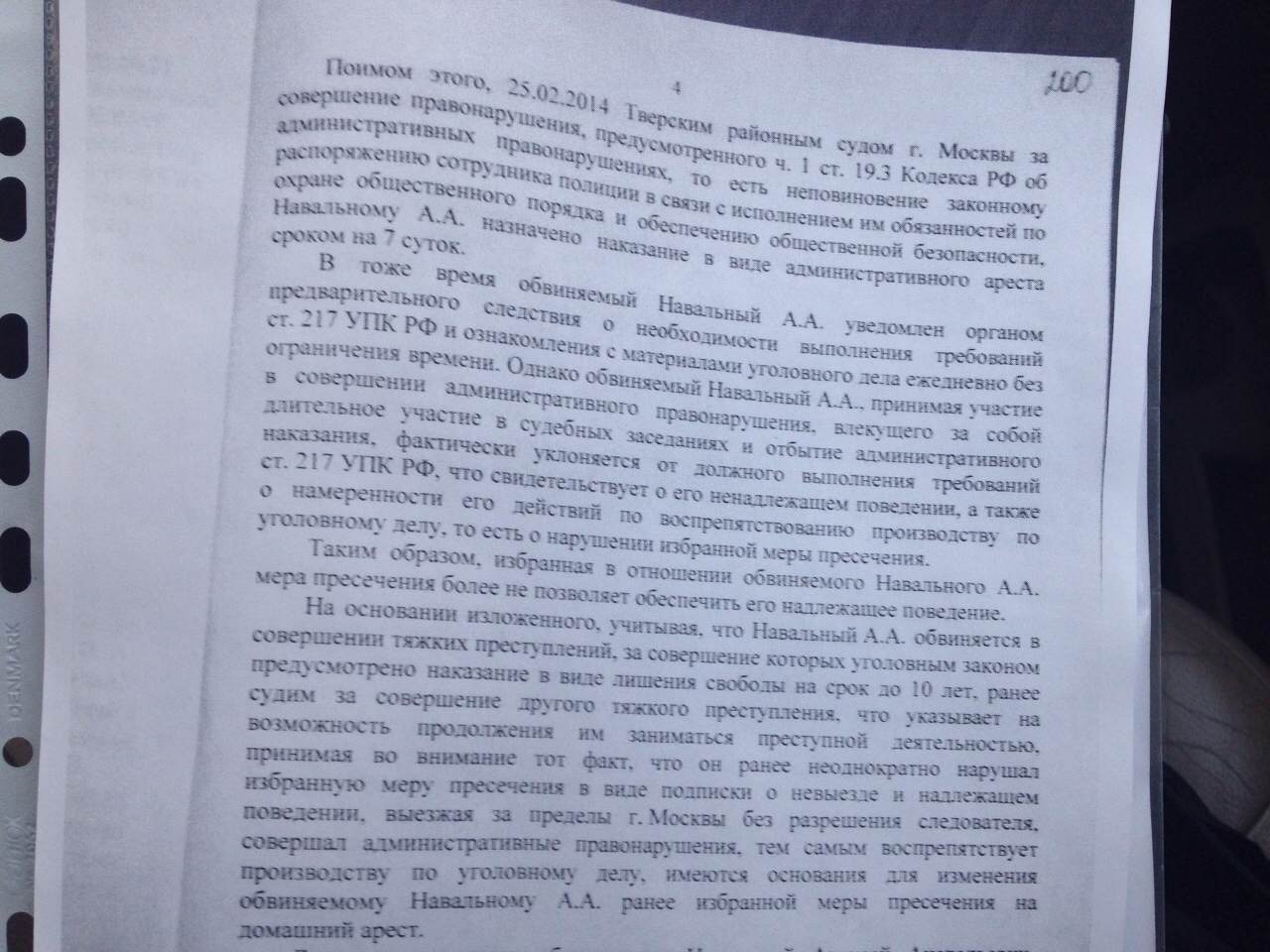 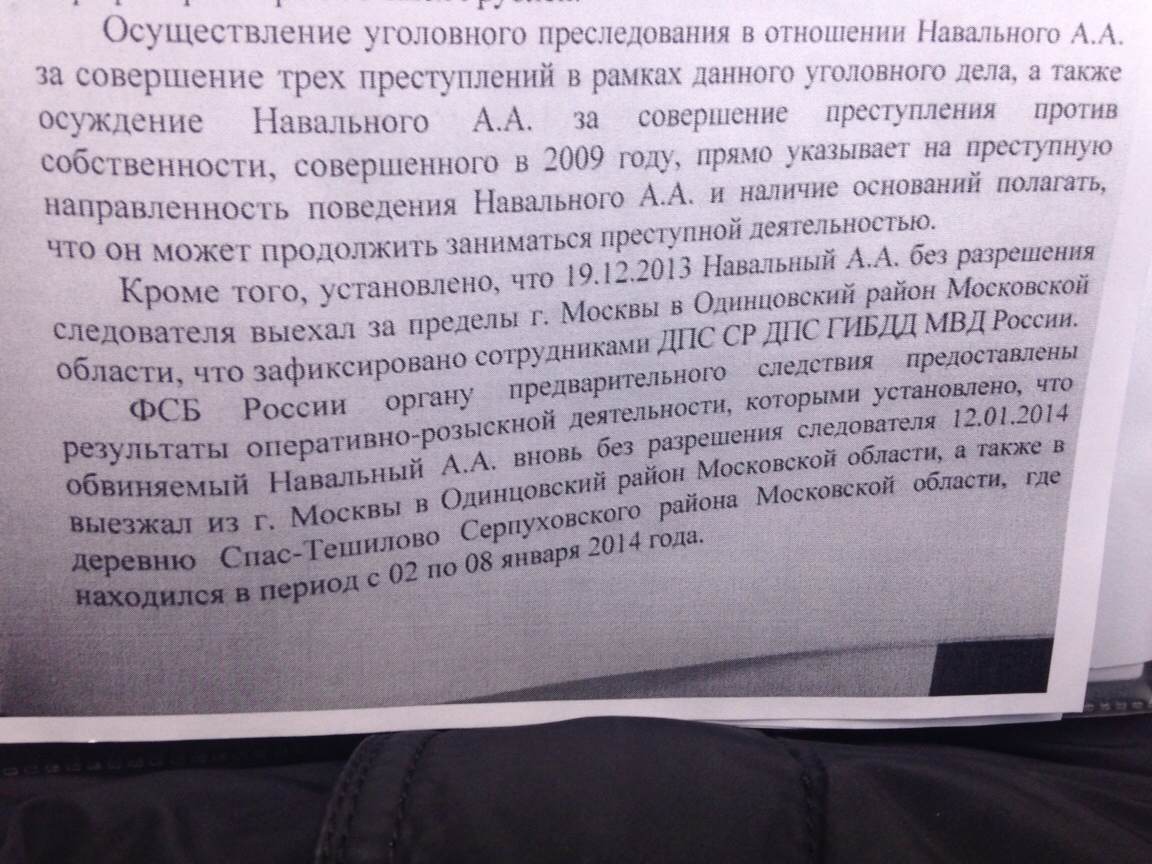 1. In justifying a necessity for house arrest for Alexey Navalny, the investigative committee misleads the court, as it is indicating an infraction by Navalny of the conditions of his ban on travel. However, Navalny was permitted, until January 14th, to visit the Moscow region.

2. The incidences of “infraction” were a trip to an out of town Foundation for Fighting Corruption seminar in the Odintsovo district, as well as a week-long holiday that Navalny took with his wife and children in a vacation home in the Moscow region. We note that the remarkable intensity by which Navalny has been investigated is characterized by the fact that the lease agreement for the ATV Navalny rented in the vacation home was obtained by the “K” administration of the Russian Federation’s Federal Security Service (FSB).

3. The call for the administrative arrest of Navalny is completely unfounded, not only because the case for the arrest was blatantly falsified, but because the judgement on travel restrictions hasn’t even entered into legal force.

4. Navalny is being charged with visiting the Moscow region as well as participating in meetings. It is also being demanded that Navalny be isolated and barred from using the Internet and other means of communication. This is direct evidence of the fact that the true objective of the proceedings is to deprive Navalny of the ability to blog and coordinate the anti-corruption activities of the Foundation for Fighting Corruption.

5. We draw your attention to the fact that as even Navalny’s conveyance from the detention center to the Basmanny Court was delegated to the FSB (according to information provided by the Basmanny Court), this clearly points to the extraordinary nature of the events taking place around Navalny, and the fact that they were sanctioned by the highest level officials of the Russian Federation.